Tf3‘s self-titled album will be released soon enough, and available too in any stores that may be open. Also amazing, and fittingly preceding the song this morning, was Prayer—lots of it.

Regardless, and notwithstanding again, there may be some bountiful, musical (music is our language) harvest at any time.

Here is a bountiful, edible harvest for right now:

But this is a photograph of a department-store photograph, so credit goes to the anonymous her:

And here is another of Imogen Heap’s fine efforts (a regular oval shape, apparently, but perhaps also by way of 17th-century French from the Latin . . . ): 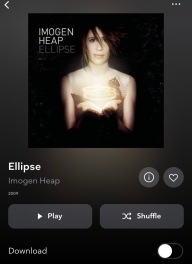